When the Band with No Name pulled up outside the hotel they were greeted by a man clothed entirely in resplendent turqoise. With his waistcoat and bow tie and top hat and Cheshire Cat grin he looked like a dandy put through a strict regimen of hallucinogens. That wasn’t far off the truth.

As they disembarked he stooped low before them in mock gentility, brandishing his hat in a silk gloved hand.

‘Greetings, lady and gentlemen,’ the man said. His voice was greasy with trust money and the band members’ natural northern hostilities were immediately riled.

‘Who are you?’ Hazard said.

‘Oscar Thenmayne III at your service,’ he said, returning the hat to his head with an elaborate flourish. ‘I work for Bas.’

‘Oh yes, my products are very important to him. Where is he?’

‘He’s sleeping off some, er, product. How did you know we’d be here?’

Thenmayne waved his hand. ‘I keep close tabs on all my top clients, and Bas is nothing if not a top client. I hadn’t heard from him for several hours so I knew he’d need me soon. I say,’ his eyes widened at the sight of Stone unloading instruments from the van, ‘you’re not in a band are you?’

‘As a matter of fact we are,’ Hazard said. He steeled himself then added, ‘we’re the Band With No Name.’

‘We’re going to take over the world,’ Sunshine said.

‘Charming, charming. Well if you’d be so kind as to wake Mr. Bas up I’ll take you to my local chain. I hate to rush but I have appointments I simply must keep, you understand.’

Their pied piper led them through a maze of alleys, down a stairway, over a dozing mongrel, through a door, across a damp, dirty utility room, and past a reinforced metal door. Behind the door was a wide, spacious room resplendent with illicit goods.

The walls of this room were lined with ornately carved oak shelves which were affixed with rolling ladders and lined with hundreds of glass jars containing various powders and ‘herbs’ and pills. An unseen sound system played BBC Radio 4 and the air smelled faintly of cinnamon – or, to be exact, something rather more potent that itself smelled faintly of cinnamon. A marble fountain bubbled tranquilly beside the counter.

Thenmayne skipped forward to tend to two customers – a hopeless, futureless young man trying and failing to impress a standardless, futureless young lady. Bas grabbed a shopping basket from the stack by the door and began browsing. In a kind of trance Gould did likewise. The rest of the band stood and gawked.

‘Coppleton doesn’t have a place like this, does it?’ Hazard asked.

‘Not that I know of,’ Sunshine said. ‘The guys I use all work out of their vans. Live out of them, too.’

They stepped aside for the departing couple, who looked rather more cheerful now that they had packets of goodies tucked safely in their pockets.

Thenmayne glided towards them on a ladder.

‘Who said drugs had to be a dirty business?’ he said, beaming. ‘Speeddo bars, M&DMA’s, lawbreakers, and much much more. Whatever you’re into, we’ve got it, imported from the finest manufacturers in the world.’

‘I have to say, this is quite an operation you’ve got here, Mr. Thenmayne,’ Hazard said.

‘Please,’ Thenmayne skipped down to stand before them. ‘Call me Master Thenmayne.’

‘What’s behind the curtain, Master Thenmayne?’ Sunshine asked. He nodded towards a pitch black velvet cloth draped between two shelves in the corner. Faint ghostly moans drifted into the room from behind it.

‘Oh,’ Thenmayne said, his smile faltering for a moment. ‘We like to keep some of our products separate. Out on the shop floor it’s important to encourage a playful approach, pick things off the shelves, try them out, have your stomach pumped, sleep them off. You understand.’ Sunshine nodded. ‘But some things shouldn’t be tried on a whim. We feel that quite strongly.’

Theo Stone grabbed a basket and disappeared behind the curtain. A bell sounded from a separate doorway behind the counter and Thenmayne slipped out of sight.

‘Father and I,’ Thenmayne said, reappearing with a piping hot tray of brownies. ‘He’s the lead investor in Thenmayne Fine Narcotics. He wants me to go out and do it on my own, be my own man and all that, but be sure I do it right. You understand.’

‘Are those vegan?’ Waltz asked, eying the brownies.

‘Of course,’ Thenmayne said. ‘Sustainability is a cornerstone of this business. I’ll include some with your friends’ orders.’

Bas and Gould sidled up to the counter, their baskets full. Thenmayne began scanning their items.

‘Would you like a bag?’ he said. ‘We have a selection made by the local church group.’

‘Two, thanks,’ Gould said. ‘I had no idea about this place. When I’m in Birmingham I usually use Greaves.’

Gould shrugged. ‘They’re not the best, but they do a job and they’re cheap.’

‘I quite agree. Cheap. We’re not cheap here. We believe customers are willing to pay a little extra for quality.’

‘The big chap?’ Thenmayne smiled rather more darkly than at any point previously. ‘He’ll be in there for a few hours yet, mark my words. Don’t worry about him. I’ll see he gets back to your hotel. Now madame, here is your loyalty card. After eight orders you get a ninth half price. They’re accepted at all our stores.’

‘How many stores are there?’ she said.

‘We have seven up and running. An eighth is opening in Bristol next week and we’re in talks about a place in the catacombs in Paris.’

‘You don’t have one of these in Coppleton do you?’ Hazard asked.

‘Oh heavens no.’ Thenmayne physically recoiled at the suggestion before collecting himself. ‘We deliver to Mr. Bas because he’s a valued client. Generally speaking we expect shoppers to come to us. We want them to have the full retail experience, you understand.’

As one the band realised they had been casually shepherded to the exit.

‘Thank you ever so much for your custom,’ Thenmayne said, and closed the door behind them. 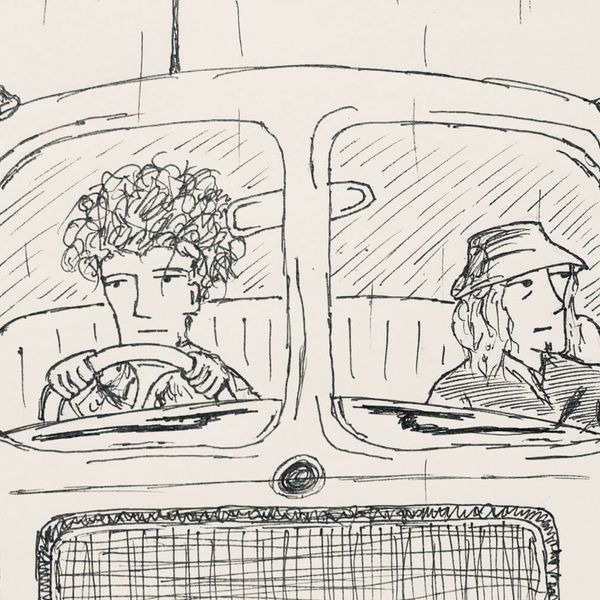 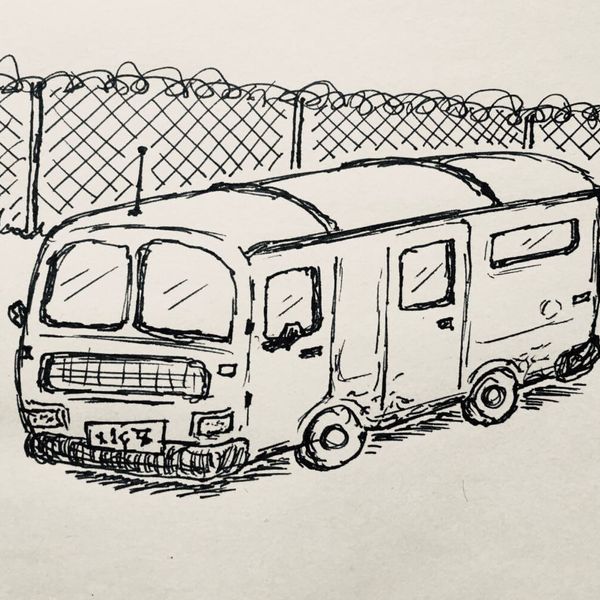 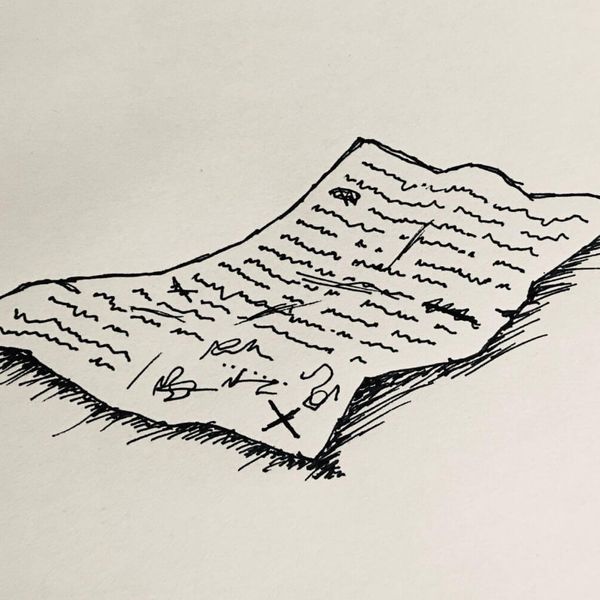 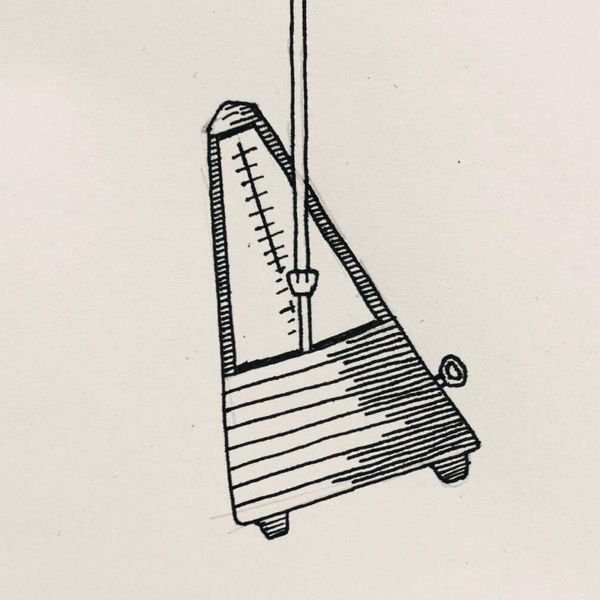